How the Sexual Revolution Revolutionized the Political Landscape of Today 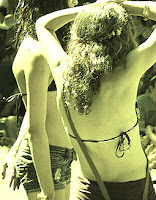 “The price of civilization is instinctive renunciation.”  Sigmund Freud

“Sexual freedom, sexual liberation. A modern delusion. We are hierarchical animals. Sweep one hierarchy away, and another one will take its place, perhaps less palatable than the first.”   Camille Paglia

With the possible exception of television nothing influenced the course of society in the USA and Europe in modern times more than the birth control pill. Yep, it’s true. And its appearance on the market in the 1960s came at just the right time for those who desired radical changes in traditional society. These generally left-leaning intellectuals had recognized the power of sexuality to drive not just reproduction, but also people’s basic ideas on how society should be structured. So to understand where we are today we must look back on not just the “sexual liberation” of the Sexual Revolution, but also its deeper implications.

In my recent science fiction novel, “The Destiny of Our Past” http://amzn.to/2nrU3Ng the ruling bloodline families employ sexual indulgence as a means of social integration, but also to pacify and distract the masses from their ultimate aim – their eventual extinction.  Sex is a powerful tool.  Freud recognized in “Civilization and its Discontents” that unleashed libido would threaten the foundations of society which were, after all, based on repression of sex and aggression. To have a successful civilization one must subjugate the animal instincts and direct them into socially acceptable pursuits, including marriage and reproduction.

Of course the inverse could be true, as one of Freud’s students recognized. Wilhelm Reich believed sexual repression was responsible for authoritarian society.  Even the traditional family was a microcosm of such repression that contributed to the functioning of the society. So in a sense the family unit that Freud felt was vital was recognized as a cell in the body politic. A formula to change society would be to unleash the dam that Freud felt was vital to maintain social order. Others, particularly on the political left, who felt their message of economic change was being rejected by the working and middle classes, saw sex as the means to bring the assumptions of society into question. So following the notion of “the personal is the political” they sought to encourage a more liberated view of sexuality, and the advent of the pill found many young people more than willing to step out of the norms of their parents and grandparents generations; not primarily for any political reason but rather as a means for fun and exploration. Little did they realize that they were taking part in a movement that fell right into the desires of those wishing to make more changes than how many people one could have sex with on a spring break.

So as academia and entertainment presented a whole new world of possibilities to young people, and as birth control such as the pill became more available, we saw the experimental phase of the 1960s and early 1970s take hold. The Freudian super-ego (rules of proper behavior) was now in direct competition with the id (pleasure principal). So in a sense tradition (traditional family norms, religion and customs) were at war with pleasure, excitement and the youthful desire to push boundaries.
Of course there are a variety of mechanisms the human mind can employ when faced with the conflict that occurs between the super-ego and the id.  And as guilt generally develops when people break norms set by parents, religious figures and society one easy way to deal with it is to renounce the sources of the guilt, which of course were pillars holding up the general society. And while we may look back on the hippie era as a societal expression of freedom and liberation from constraints, it was not just hippies that began to adopt the new patterns of thinking.  So even as people traded love beads for business suits and designer purses the social order was seeing the inevitable division; many people deciding against social institutions such as marriage and raising children, some questioning religion and many who had embraced the new values gravitated to politics.

The early 1970s saw the emergence of modern feminism, the legalization of pornography as well as abortion in the USA and much of Europe.  This was a major cultural shift for the western world.  And in places such as the United States the political landscape would be changed forever. Before the 1972 Democratic Convention there was not that much difference between Republicans and Democrats, and social issues were not even on the table.  After the split in the Democratic Party between conservatives and generally younger liberals the seeds of a re-alignment were planted.  Younger Democrats took more the center stage, chipping away at the southern Democrats.  The last time the latter would have a major influence was in the election of Jimmy Carter in 1976.

Yet by the late 1970s social issues such as prayer in schools, abortion, and gay rights had become political issues.  Southerners began to gravitate to the Republican Party more and more, and as the party shifted to a more conservative stance on social issues by 1980 some of the eastern, more liberal Republicans, began to lose power. And while groups like “Moral Majority” gained influence Reagan’s broad appeal kept the social liberal/fiscal conservative Republicans and the social conservative newer Republicans in the party.  However, in time, the Republican Party began to evolve into the party associated with tradition, conservative religion and patriotism while the Democratic Party became more the party of new directions and maybe “patriotism-light.” Re-alignment was inevitable.

Today we see Republicans connecting more with traditional families and middle-America while Democrats do better with single people living in urban areas.  And in a sense, they live in far different worlds than one-another with different views on foundational values…which in many respects is based on their differences on cultural expectations rooted in family models and thus human sexuality (although few conservatives will admit it). Republicans now win areas with more traditional views (smaller cities and rural areas) and Democrats win in large urban areas and university towns.

And yet has sexual liberation provided a new utopian dream beyond perhaps winning this round of the culture wars. And ironically enough, many of conservatives may state opposition to new, liberal values, but most have incorporated aspects of the new norms – for instance how many young conservatives want families of four or more kids in western society? It depends on how you look at it where we are at today in regards to utopian-ism.  Do we have an egalitarian society that men and women can work harmoniously together to build a better future or do we have a growing rift between the sexes, leading to record-low marriages and birthrates? If we truly have respect for each other’s merits why do we still have advertising that aims to cut us down, build up our fears, and sell us a false hope of perfection and admiration? And one could argue that codes against speech on campuses, almost entirely a manifestation of the left, are creating a climate of authoritarianism. None other than former president Barack Obama gave a speech where he urged students to remain open to debate and allowing people to share ideas.

So overall the impact of the 1960s revolution of ideas and behaviors is probably where one must look back on to find out how we wound up where we are today. Biology makes people and psychology determines how and if people get made and what views they will grow up with.  Yet what we must remember is that as Paglia states, humans are hierarchical creatures, and while even if the forces of more conservative thought would eventually just fade away wouldn’t we expect the architects of the new world order that would come into being to fashion a society that would wind up just as strict and uncompromising as the one that Reich was opposed to back in the early 20th Century? Sure, the rules might be different—but they would still be rules. And maybe, as in a dystopian nightmare scenario, sexuality would become a component in insuring compliance to the aims of that state.

If you enjoy asking quesitons like, "Is our ancient history the way we were taught in school?" or "Where do those in charge intend to take our society?" then check out my new work:
https://www.amazon.com/Destiny-Our-Past-Michael-Cross-ebook/dp/B01MY4WASN 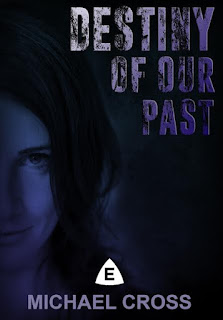 Popular posts from this blog

Plato's Allegory of the Cave: Awakening to the Reality of Today's Society 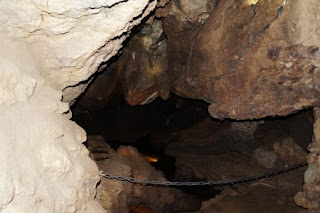 “In a time of universal deceit – telling the truth is a revolutionary act.” George Orwell

"There is no law that forces one to tell the truth in entertainment." Meshara: "The Destiny of Our Past"


Have you ever heard of Plato’s Allegory of the Cave?  Chances are you haven’t. Perhaps the warnings of a Greek philosopher from antiquity may not be seen as pertinent to our modern technological age. Yet one may be surprised at the idea that his allegory speaks directly to the here-and-now. We should pay attention to Plato’s analysis of how our perceptions are governed by biases such as our upbringing, what media we are exposed to and our peer group.  In psychology we call this schema.

Plato’s lesson goes like this. A group of people, let’s say five women have been raised from birth chained to each other in a cave in such a way that they can only see directly in front of each other.  It is not a torturous existence as they are provided food and water and they can …
Read more

Life in the Year 2045 - Full Connection and No Secrets Anymore 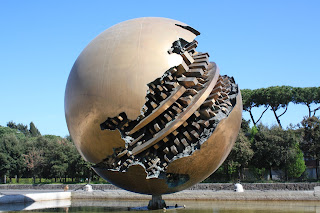 The following is a fictional presentation of how life might look like to a person living in 2045 based on trends we are seeing today.  Links to my YouTube channel, where related issues are discussed, are at the end of the article.


Who could ask for a better late July day in Portland?  The sun is out, there is a cool breeze and, well, its my 30th birthday in a week.  I was born in this city on August 3rd, 2015 and have lived here all my life. My name is Cynthia Hollingsworth and here is my story.

My wife and I live in Lake Oswego, a suburb of Portland. She is a children's skills facilitator, what used to be known as a teacher, and I am a specialist employed in the fertility unit of the local hospital.  I know, it is really unusual to have a married couple both working after the economic equalization laws went into effect ten years ago.  As most occupations have been automated it was necessary to provide a base salary, set to sustain an individual at a comfortable, but not extravag…
Read more

The Psychology of a Possible U.S. Civil War 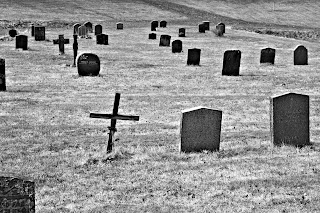 "It is clearly not easy for man to give up the satisfaction of this inclination to aggression.  They do not feel comfortable without it.  The advantage which a comparatively small cultural group offers of allowing this instinct an outlet in the form of hostility against intruders is not to be despised. It is always possible to bind together a considerable number of people in love, so long as there are other people left over to receive the manifestations of their aggressiveness."

Sigmund Freud: Civilization and its Discontents.

Ever find yourself angry at a brother, sister, parent or cousin? Sometimes the emotions can get you seeing red but then a while later you have put the differences aside? Yes, we tend to have far more long-term toleration of those who we are related to. And generally, even if we do have differences with a relative we would still tear into a non-relative who attacked them.

Studies in anthropology and psychology show that genetics bond people, and the c…
Read more 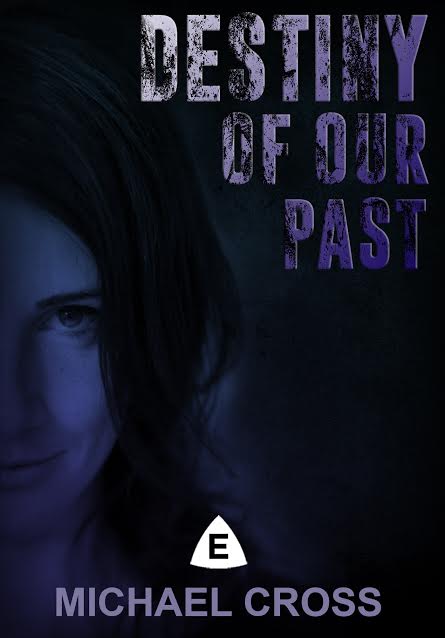